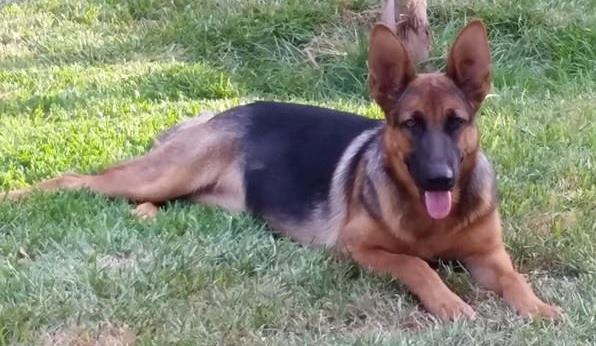 The Tulare Police Department utilizes two prominent breeds of working dogs. They are the Belgian Malinois and the German Shepherd. The most popular breed of police dog is the well-known German Shepherd, a 200 year old breed in the herding class of working dogs. These dogs have long been used by militaries all over the world as sentries and were used by the United States and Germany in World War I, World War II, the Korean War and the Vietnam War. In the 1950s, law enforcement began using German Shepherds for crowd control. As time progressed, the negative portrayal broadcast during this era led to new standards and levels of training for the canine and the handler. Today, German Shepherds remain the most popular breed of police canines in service around the world as they are most well known for their size, keen intelligence and work ethic.

As previously mentioned, we have four Belgian Malinois in service here at the Tulare Police Department. The Belgian Malinois (pronounced Mal-In-Waw) is a smaller, sleeker version of a German Shepherd. These animals are all imported from Holland, where they are primarily used for sheep herding. They are hardworking dogs with a high level of endurance, noted for their speed and agility. This 135 year old breed is noted for its intelligence and high intensity nature. The Malinois breed is becoming more popular in law enforcement as its reputation spreads.  Today, it is the second most popular breed of canine in service in the United States.

The second way that a police canines are trained to indicate is called an "aggressive alert." This type of alert is the most common among dual-purpose utility police canines as the dog is trained to show indication by vigorously scratching and barking at an item that contains the odor of the substance of the dog's specialty. The most popular specialty for aggressive alert dogs is narcotic detection. This enables the dog to more closely indicate where the hidden or concealed substance is located.