The History of the Tulare Public Library

Tulare’s first Library was built by the Southern Pacific Railroad in 1882 and was called Library Hall. It was located at what is now 88 West Tulare Avenue and it was used as a recreation center for its employees on their off time.

For the first year the total budget was only $982.89. The first books housed in this library were all donated by the Railroad. The books were kept behind locked glass shelves that lined two walls of the meeting room. When a patron wanted a certain book the librarian would unlock the case, retrieve the item and then lock the case back up. To use the services at Library Hall there was a fee of $.50 per person per month. The remaining space in the building was used for parties, dances, and billiards. In 1986 the Railroad relinquished ownership of the building to the City. Today it is the oldest surviving building in Tulare and is now home for the Tulare Women’s Club. In 1905, with the aid of a $10,000 donation from the Carnegie Foundation, a new library was built on the corner of Kern and I Street. 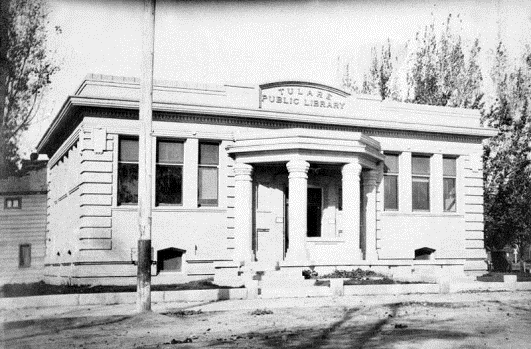 Miss Elizabeth LaCell joined the library staff in 1931, rising to the position of Head Librarian in just four years. She served Tulare’s library patrons in many capacities over the next 28 years, from story time to children’s programs and more. In 1963 she oversaw the move to the library’s new home, 113 North F Street, the site once occupied by Central School. For the next 47 years, Tulare Public Library was a vital community resource on the West Side, providing access to a growing range of materials and services. 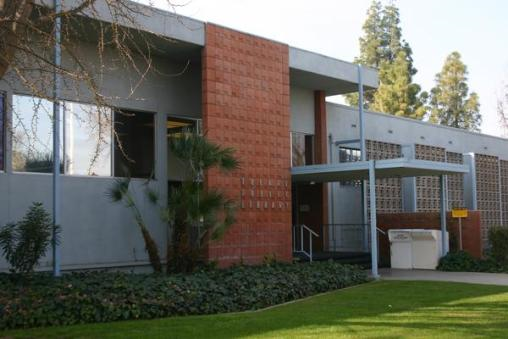 As Tulare has grown, so has Tulare Public Library. In July 2010, the library moved to its current location, 475 North M Street. From a facility of approximately 13,000 square feet to one of almost 30,000 square feet, TPL continues to be a hub of activity. It is also the home of the Tulare City Council Chambers, a state of the art facility for public meetings. With increased space came increased programming and technology. What was once the work of two or three with minimal support now requires an educated, knowledgeable staff of 15 and countless dedicated volunteers, not to mention a rapidly growing number of computers and other devices. Here, as in all other iterations of TPL, customer service is the word of the day. Without you, there is no TPL. Thank you for the opportunity to serve you in this amazing facility. 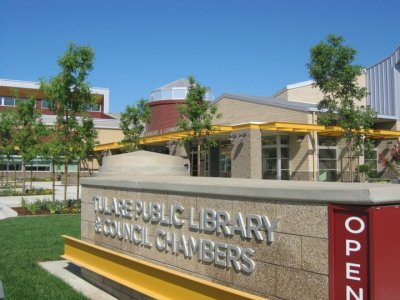